Written by
@sinasv
Posted in
Uncategorised
Comments
Leave a comment

Competitive gaming is a booming business. Call it esports. Call it professional video gaming. Whatever you call it, call it a business. As the CEO of a startup in this industry, I receive a lot of mixed reactions from traditional business people when I talk about what I do. They often force a smile and nod, but I sense there are questions burning within them. “Really? People are getting paid to play video games? And people watch them? And your business is built, not on playing games, but improving performance in them?” 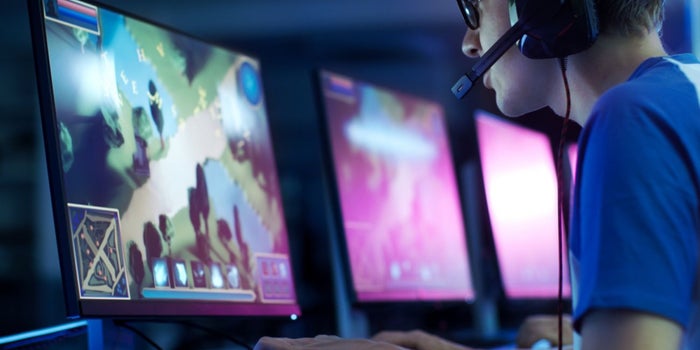 First, gamers don’t care for the business world. This feeling is the result of a collective belief that the community of esports built itself. Back when professional teams consisted of five of us cramming into a two-bedroom house, subsisting on microwavable meals and too much soda, battling for prize pools of a couple hundred dollars just to feed ourselves for the next month, where were the advertisers? When we had nothing but passion and a dream, where were the investors? Did the competitive gaming community need the help of corporations to bring esports to where it is today?

The predominant answer, whether right or wrong, is a resounding no. Luckily for everyone involved, we do need the help of corporations, cultural influencers and other business leaders to help esports realize its greatest potential.

Many gamers feel companies are just here for the money that is to be made — and they are. Own this, and then show them the value you provide. We play games to compete, to express our creativity, to connect with friends dispersed across the country and to enjoy ourselves in our free time. Help us do more of that, and you’ll be on your way to winning our hearts — and our dollars.

Every single one of us was told at some point that video games are a waste of time. There was a real social stigma attached to gaming, especially into adulthood. The World Health Organization plans to add “gaming disorder” to its list of mental health conditions. To be honest, gaming can certainly be addictive, and excessive gaming is a disorder. Under this framework, society is not wrong to assign this stigma to those who are negatively affected by gaming. But society is objectively wrong to lump us all into this bucket.

In 2016, 17 universities offered esports scholarships for high achieving individuals. The Big Ten already hosts a collegiate league. The days when students have access to college scholarships for excellence in esports are already upon us. The North American LCS, the League of Legends professional league, recently instituted a minimum salary of $75,000 per year for its athletes under contract. In the 2018 season, pros were rumored to have signed multi-year contracts averaging over a million dollars per year. That’s pretty good for a 20-year-old kid who plays games instead of working a desk job for a living.

All in all, gamers are just people, and they desire understanding and respect. Understanding this, and treating us as individuals rather than a monolith, will ensure a better response to your message and product.

3. We see ourselves as pros.

If you’re even a little familiar with pro sports, you know about Steph Curry, who inspired a generation of kids to play the game of basketball in a way that did not exist even 10 years ago. Curry is 6’3″, listed at 195 pounds, and far from an Olympic sprinter or high jumper when it comes to pure athletic ability. When kids looks at Curry, they see a version of themselves that is within the realm of possibility.

I don’t mean to discount the incredible agility, hand-eye coordination, intelligence or any of the other traits that make Curry a superstar, but rather to highlight how he captivates and inspires the imagination of a kid passionate about basketball.

This “Steph effect” is everywhere in esports. Every single one of us believes we could be a pro. We see people who look just like us, who talk and walk just like us, and our minds create an image of ourselves basking in the glory of victory on an esports stage. We disregard the inhuman reaction times and ability to consistently make sound strategic decisions under pressure that are two of the baseline requirements of a professional gamer. We discount the thousands of hours current pros invested to hone the minutiae of their craft. It doesn’t matter because our minds have already tricked us into believing, and because of that esports will continue to grow and flourish.

At the end of the day there are plenty of opportunities to make money in esports, and we are willing to share in the profits. Just remember we are people who happen to be passionate about a competitive game that isn’t your traditional stick and ball sport. And if you don’t understand that, find someone who does and empower them to set your strategy. I’m betting on esports. And you should too.